Emotionally warm music, accessible for all

Circle is an Oxford-based music collective

Please listen to our new album 'Like this' and see if you can feel its romantic dream-like quality.

Circle is an Oxford-based music collective

Please listen to our new album 'Like this' and see if you can feel its romantic dream-like quality. 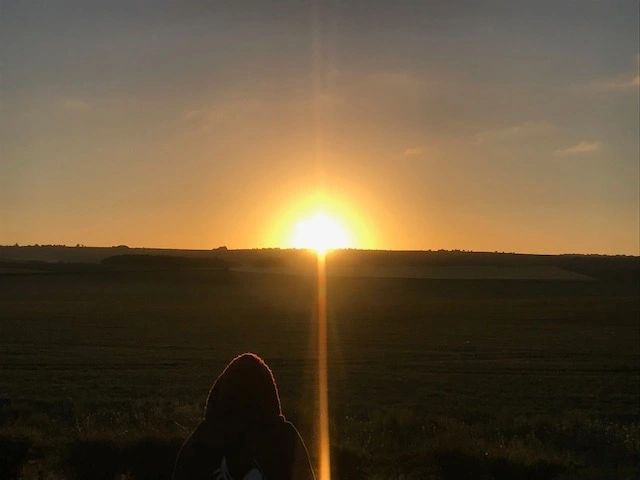 Circle comprises six talented singers, collaborating with a host of guest artists and instrumentalists. Our tracks have been played on Scala, BBC Radio 6, JazzFM and many BBC radio stations, and the album was featured in the Guardian's list of top Christmas albums of 2020, and the Observer in 2021.

As singers we apply our choral experience to both traditional and contemporary song. Our music also features the moving and lively tones of the kora, cornett, recorder, ebow, cello, nyckelharpa, saxophone and bassoon, not to mention the ancient and quirky 'crumhorn'. The result is a unique 'folk choral' blend that packs an emotional punch and is accessible to everyone.

Why did we make it?

The new album from Circle is designed to whisk you away to a romantic, dream-like place, to delight your inner emotions and sooth your deeper places with instruments and song.

Some would say, its pure escapism, but we like to bring you beauty and texture, through an accessible, reimagined choral, world, and folk music.

Nor are we to overlook the evergreen ‘James Bowman’ who solo's on a new piece written for him ‘Like this’, by producer Ashley Goodall.

Circle enjoyed making a positively mainstream choral album, incorporating even dance rhythms, an exotic song from Greece 'Sekeilos' sung by Livy Watson, the earliest known written song, in English for the first time for 2,000 years. The gentle ‘Tiree Love song’from Scotland with Kora accompaniment, or a ‘lusciously beautiful’ full version of the Renaissance Henry the eighth song ‘Green Grows the Holly’ with Cornett and Kora in an extended groove sequence. Not to forget Dominus Vobiscum by the Estonian Sisask, with the overlay of Kora and Ebow guitar and break out synth beats to a religious text, possibly a combo first!

Finally, a dramatic and romantic sweep of a finale sung by Harriet van der Vliet in ‘On your lips’, imagined walking down a grand staircase, written by Ashley.

We just love it and hope you can take the time to listen and play it….nonstop!

Thrilled to release a new E.P, Hallelujah! Consisting of 3 original songs and an instrumental. Written in December and generally celebrating the Winter season, with 'Wintering' sung by Livy, Hallelujah with Harriet, and their soaring vocals.

Here's the link to all digital platforms and a taster of the tracks.

How to listen to Circle:

You can buy our albums from this site, either as a CD, or digitally from iTunes music

Add postage and packaging for the UK

Please note that purchases from overseas may cost more

Please include your address. We will invoice you via PayPal and send a CD.

and to 'Songs from the Heart'

Circle, a music collective and choir to inspire

We'd love to hear from you , please sign up here and get in touch.